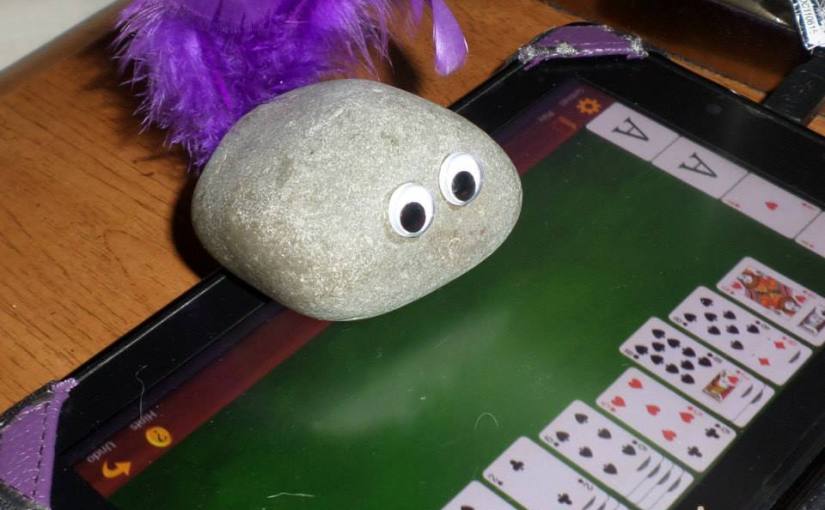 Buckle settled easily into his new home, chattering with the family all day long. He speaks no English, yet has little difficulty making his needs clear. He wrote letters back to his friends at the lake, letting them know that he was happy, and inquiring after their health. (Other then some algae issues, they were well.) 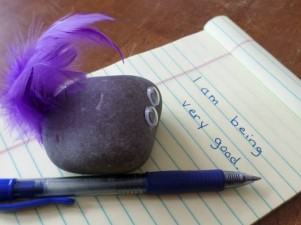 Buckle can be a bit of a daredevil; I often find him attempting eyeball stands. I warn him and warn him, but he thinks it’s fun. He is also very interested in cooking, and likes to sit right on the handle of a pot to see what’s going on. I worry about his feathers.

Buckle loves music, and is always ready to play Rock Band with the kids. His favorite song is “Rock Lobster.” He is a huge fan of The Rolling Stones and Rush (it isn’t always about puns.) I often hear him chirruping away to himself.

Buckle camped with us at several more state parks, always behaving himself beautifully. He hiked in Genesee County, and traversed the Allegheny foothills. His knowledge of geology impressed us. He saw an old friend at Sonnenberg mansion, and made new friends wherever he went. He is so genial and charming, everyone loves him at once.

Yes, Buckle felt he was where he was always meant to be: with a family who loved him. Yet, something seemed to be missing from his life …

Is it his inability to play the violin? His sense of emptiness after he finished “Firefly” on Netflix? What troubles our hero? Find out next time, in “Buckle: The True Story (part three)”!

Realm of a Green Witch

The Story of My Everyday Life.....

The Secret Life of the American Witch